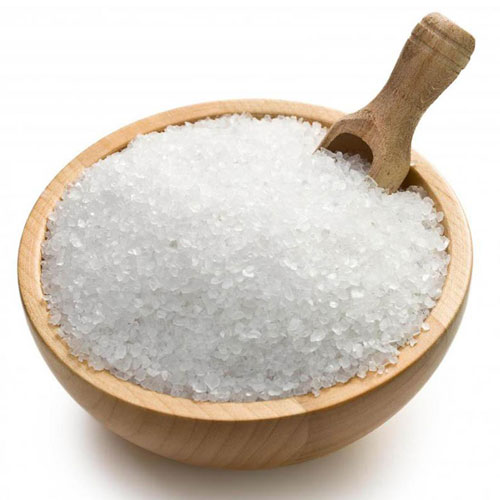 Food is one thing that unites us all. Everyone loves food, tasty food. Of all the ingredients that we add to our food to enhance the taste, SALT is THE ingredient that we need to add in our food for the perfect taste.

The chemical compound that this magical ingredient is – Sodium Chloride. Besides its importance in food, Sodium chloride (NaCl) is used for many industrial purposes.

Sea Salt is the salt that is obtained after the evaporation of seawater. Mainly, it Is used for seasoning the food, cooking, preservation of food, and many more industries. Sea salt’s production has been dated to prehistoric times- fascinating isn’t it?

As already mentioned before, Sea salt is mainly composed of Sodium Chloride, but there are other components like calcium, magnesium, potassium salts of chloride and sulphate present in 0.2-10 per cent of the sea salt.

In taste as well- gourmets believe that sea salt tastes better than refined table salt, it is said to be the mineral content that might affect the taste of the salt.

Other than food- Sea Salt has hundreds of industrial applications. One of its major uses is in the chemical industry. For example in the Chlor-Alkali industry, where salt is chiefly used for the manufacturing of chlorine and caustic soda.

Chlorine and caustic soda are used further in the manufacture of paper and this is one major use since the paper industry is one of the most thriving industries in the world.

It is also used as a water softener since it alters water hardness. Since soft water is easier for lathing and is more economically used for cleaning purposes. Rubber manufacturers use salt to separate the rubber from latex. It is used in the metal industry to remove impurities from a metal.

Another major use of sea salt is de-icing, which as the word suggests, means removing ice from a surface. Even though rock salt is a more commonly used type of salt for this very purpose, the sea is also perfectly suited to perform the task. How does salt de-ice? The salt is diluted and then by spreading diluted salt over the frozen surface, the surface is de-iced. Since saltwater has a lower freezing point than pure water, ice melts away as soon as it absorbs salt.

The most environmentally friendly and also a natural salt that exists for the use on roads is- Sea Salt. Sea salt is used as road salt and also for the manufacturing of brine for their use in Silos and also because the high amount of sodium chloride added to the low per cent content in corrosive sulphates for the asphalt. Add to this, their low content in insoluble actually prevents the appearance of a very typical sludge that ruins the purpose by clogging the filters and reducing the cleaning time.

The size, the among of moisture or the moisture content, the purity percentage of sodium salt, the Sea salt can be used in different ways.

The chemical composition of the salt and its content in Na (sodium) can and exchange the Ca (Calcium) ion in the water stream and thus retain it in the descaler resins, this helps in eliminating the lime that is present in water. Lime gives a bad taste to water and its removal is advantageous as the water becomes softer (softening of water) and also tastes better. Adding to this, lime is not exactly good biologically for humans and its elimination is an advantage. Also, removal of lime results in better performance of household appliances, save on detergents and soaps, have softer hair and skin.

As mentioned earlier, Sodium chloride ( Sea Salt) helps in softening of water and also in the cleansing of water. Sodium chloride is used to obtain chlorine for chlorination in pools and sea salt is the main raw material for the manufacture of chlorine by electrolytic processes. The combination of oxygen, hydrogen and chloride are combined in the electrodes forming chlorine which is the main element used to disinfect (chlorinate) the swimming pool water.

Some of the advantages of saline water (also chlorinated water- since sodium chloride is used mainly here) are:
- Water is healthier as it is antiseptic water.
- Cheaper since industrial sea salt is cheap and can be bought in large amounts.
- Preservation of the environment since it keeps the water safe for many years.
- Very industry-efficient, easy to use and super convenient for anyone to use for their required work.

Adding to all the above uses, the most commonly used salt in the retail, Supermarkets & hotel and catering businesses are sea salt. Their richness in organic forms and its content in minerals salt and trace elements, sea salts is the optimum choice for consumers and also has many advantages over chemically pure salts or vacuum salts.

Salt is a preservative of food and its use is to increase the rate of acidification, stability and shelf life of grass and thus this dame grass is used in feeding the animals ( farm animals).

Its bacteriostatic function limits the growth of bacteria and microorganisms preventing fermentation and putrefaction of the food that is to be fed to the animals and thus sea salt is said to be a great preservative.

According to the physical and chemical characteristics of the salt and the demands and needs of different industries, Sea salt is the most used and the most suitable salt that can be used for each of these processes and give the best result. Even though there is an extensive range of salts used for these purposes, sea salt is the best within the consumer sector, and WE BRING THE BEST TO YOU! The best sea salt, by extraction, will be given to you by us and we strive to bring you better than the best!

1. We are located in Kharaghoda, Gujarat, India where we use virgin sea bittern as raw material for production.

2. The quality and consistency of the finished product is very good compared to competitors.

4. We have Vast experience of around 4 decades.

5. Best in class customer service along with wide range of products.

Jagannath Halogen Pvt Ltd is a part of legacy of almost four decades of experience in the salt industry, being a proud part of Jagannath Salt Group. know more