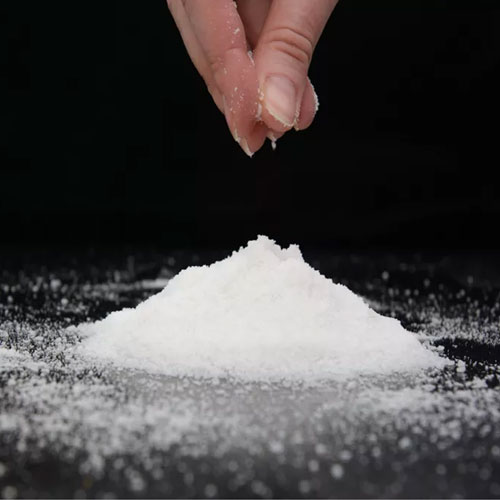 Coming back to salts, they are used for many purposes. Seasoning, preservation and medication even!

Here enters a new type of salt- the free flow salt! Which as the word suggests- literally means- a salt that flows freely? In simpler words- Free Flow Salt is the kind of salt that will flow freely and will not adhere to the inner surface of the packet or clog the outlet during the transfer of salt.

Why is it necessary? A lot of salts absorb moisture and lose their texture. They start sticking, and it becomes frustrating since- they are not doing their work and instead creating more problem for the consumer. This is where free flow salt comes in-to give the best texture and services to you!

Common salt is always associated with many impurities and some of them are known to be hygroscopic in nature and therefore when powdered to the requisite grain size it may not be free flowing which is a much-desired quality, as already mentioned earlier, this reduces the quality and the also the need for the requirement of the salt since it is not as good as the texture was supposed to be.

Therefore, it is very essential to incorporate small quantities of chemicals known as anti-caking agents to common salt. Anti-caking agents as the name suggests- do not let the salt get all humid and cake on the sides of the container or whatever product they are encased in, rather they help in preserving the textures.

Usually, anti-caking agents such as sodium aluminosilicate or magnesium carbonate are added to the salt to make it free flowing in order to achieve the perfect free flowing salt. As mentioned above, these salts when are bonded with anti-caking agents, these agents stop the humid and the impurities counterparts from attacking the salt.

Both Iodized and Non-Iodized salts and other types of salts can be made free-flowing with the help of modern-day chemistry and technology as people increasingly prefer free flowing salt over common salt. It is also because, while common salt would form clusters and clog even when seasoned, would ruin the presentation of the food, while free flowing salt would just be properly distributed by the consumer and not only properly season the food but also make it look good!

Adding to that free flow salt also is used in agriculture and horticulture to preserve the food for the animals and plants for foliar feeding, since- proper distribution is one of its features, the preservation is made super easy and convenient.

Other than the food, free flow salt is also used in science with anti-caking agents in certain experiments like a salt bridge- to prevent clogging and let the experiment run as smoothly as it can.

Free flow salts are also used with Epson salts and such salts for recreational activities and also in bathing.

For the anti-caking reason- these salts cannot be used for de-icing and also not in the prevention of soil and wind erosion since they will flow away without sticking or bonding to the surface and thus, this will lead to wind or soil erosion pretty easily.

free flow salt like any other salt is produced from the evaporation of seawater or from salt mines or from mineral-rich spring water of shallow pools or brines. These salts are just found there but since they are not water absorbent, they do not clog, they shed the water easily and dry up.

Some fascinating facts about free flow salts are that these salts like other salts are dated to have the earliest evidence of salt production to around 6000 years ago when people living in Romania happened to boil spring water to extract salts; saltworks in China has been found which is believed to date back to the same period.

Salt was highly prized by the ancient Greeks, Hebrews, Romans, Byzantines, the Hittites and The Egyptians. Salt also gained importance as an article of trade and was transported by boats across the Mediterranean Sea, along specially built salt trading routes and across the Sahara Desert by means of Camel Caravans.

Salts actually proved to be economically beneficial for the country that was rich in salt then since it is one of the most important nutrients in the food industry.

Salt is still one of the oldest and most universal food seasonings to ever exist. It is almost put in everything that we eat- well except of course sweets.

Salting is an important method of Food Preservation as already mentioned before. Salt is essential to animal life and it is one of the basic human tastes.

It is also used in a number of dairy products.

And we- like always bring you the best free flow salt- for effortless seasoning, effortless experimenting and beautiful presentation of the food!

1. We are located in Kharaghoda, Gujarat, India where we use virgin sea bittern as raw material for production.

2. The quality and consistency of the finished product is very good compared to competitors.

4. We have Vast experience of around 4 decades.

5. Best in class customer service along with wide range of products.

Jagannath Halogen Pvt Ltd is a part of legacy of almost four decades of experience in the salt industry, being a proud part of Jagannath Salt Group. know more